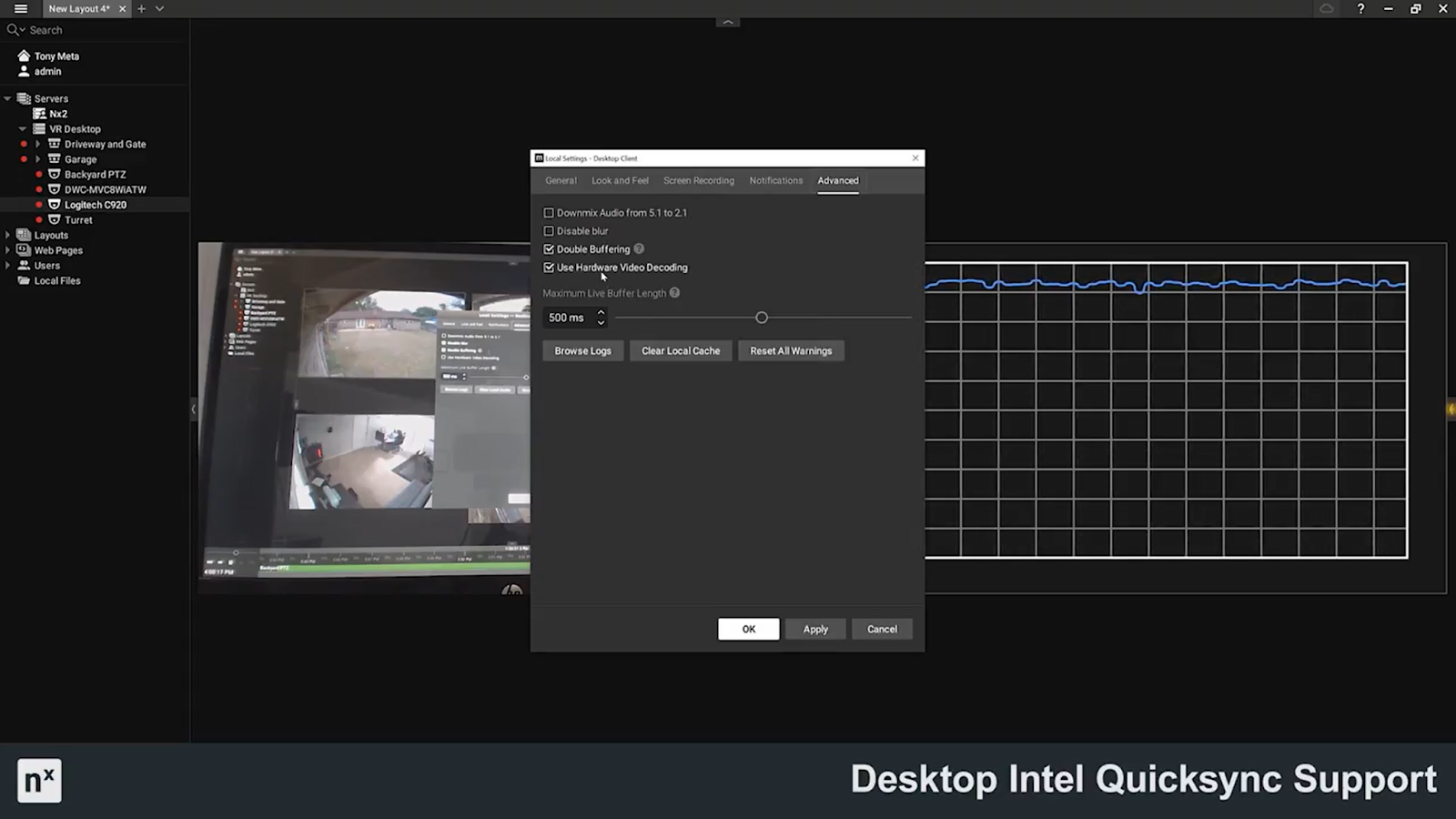 A new feature in Nx Witness v4.2, Intel® Quick Sync  decoding in Nx Witness Desktop is a game changer. In a nutshell it gives standard operators with commodity compute hardware (e.g. laptop, tablets) the ability to offload decoding from the CPU to the built-in graphics core on Pentium, Celeron, and Core CPUs. 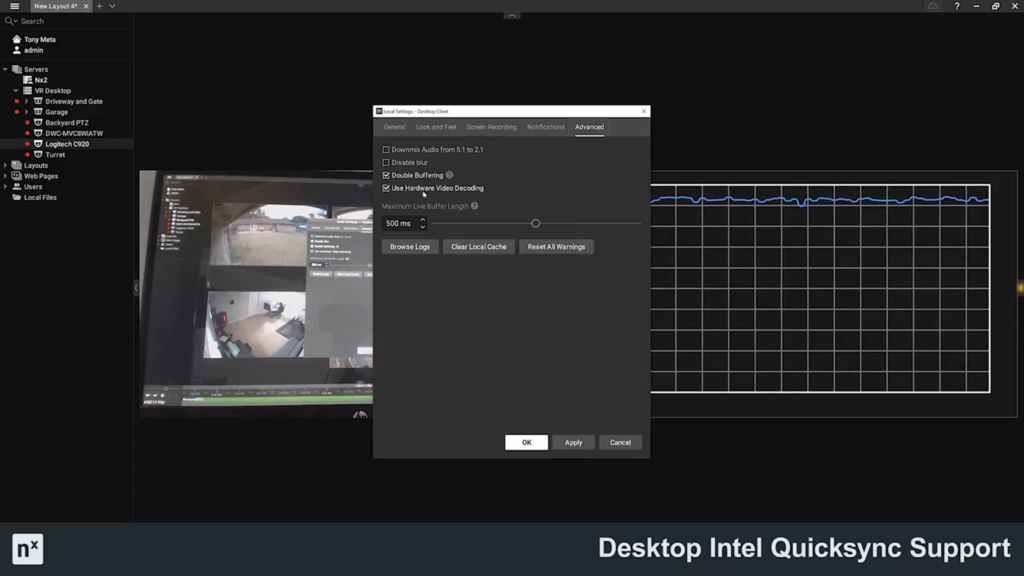 What is Intel® Quick Sync Video and how Is it beneficial to users of Nx Witness VMS?

Intel® Quick Sync Video allows high definition video to be decoded and encoded rapidly without ramping up CPU usage. This allows the CPU to multi-task and improves responsiveness of the computer as a whole and, more specifically, the video being viewed.

While your Nx Witness VMS operates, the video being captured is encoded by the camera, sent over the network to Nx Witness Servers, and then is decoded when viewed in a system client (Desktop, Mobile, or Browser). The decoding of multiple high-resolution streams can put a strain on the CPU – especially on lightweight computers (laptops, tablets, all-in-ones) that lack a dedicated GPU. When a computer’s processor is being overworked, it loses the ability to properly multi-task, video playback and image viewing becomes sluggish, and you may see a lower frame rate than is ideal.

This is where the Intel® Quick Sync Video feature in v4.2 comes in.

Check out the video below for an idea of how much impact this feature can have on CPU usage.

Nx continues to build VSaaS capabilities with the v4.2 release of Nx Meta and Nx Witness VMS. v4.2 – the latest available release for all Powered by...